The Minister of State for Europe and the Americas, Foreign and Commonwealth Office, Sir Alan Duncan, visited Argentina on 12 and 13 September 2016.

The principal reason for the visit was to enhance bilateral consultations with the Argentine Foreign Ministry. The visit of Minister Duncan reflects the improving relations between the United Kingdom and Argentina.

During the visit both sides agreed to put emphasis on the positive bilateral agenda with the objective to make ever closer bilateral ties, developing links and firm cooperation to the benefit of the people of both countries.

None of the discussions or the statement affect the sovereignty of the islands and the UK remains absolutely clear in its support of the rights of the islanders.

The statement sets out areas of closer co-operation for the two countries, including through increasing trade links, uncovering new investment opportunities, strengthening cultural ties, tackling corruption and organised crime, and increasing links in science and technology.

Both countries set out the need to tackle effectively threats to international peace and security, and agreed to explore opportunities to work more closely together.

"I am pleased we have agreed the Falkland Islands are free to set up flight connections with other countries in the region. A monthly stopover in Argentina will see a further arrangement similar to that which exists already.

"It’s clear to me that Argentina is open for business. The measures agreed today demonstrate we can make progress through dialogue."

In accordance with the principles set out in the 14 July 1999 Joint Statement and Exchange of Letters, both sides agreed that further air links between the Falkland Islands and third countries would be established. In this context they agreed the establishment of two additional stops per month in mainland Argentina, one in each direction. The specific details will be defined.

Both sides agreed to establish a date for a fuller meeting as soon as possible.

British Government View of Argentinian Claims on the Falklands

Argentina claims it's a question of territorial integrity but that is, frankly, baseless. The Islands have never legitimately been administered by, or formed part of Argentina. British sovereignty over the Falkland Islands dates back to 1765, several decades before Argentina even existed.

Contrary to what Argentina says no civilian population was expelled from the Falkland Islands in 1833. The Argentine military garrison which had been sent to the Falkland Islands a mere three months earlier was told to leave by the British Navy, and it complied without any loss of life. The civilian population who had previously received British permission to reside on the Island were encouraged to remain, and most of them did. In the 181 years of continuous and peaceful British administration since then, apart from the 74 days in 1982 when Argentina illegally occupied the Islands by force, more immigrants from various countries have settled in the Islands. Several Island families are now proud to trace back eight or nine generations on the Islands.

History aside, the UK is clear that the future of the Falkland Islands should be determined by the people of the Falkland Islands, in accordance with our obligations under the UN Charter, to respect the principle of self- determination. If the Islanders democratically express a wish for an alternative future sovereignty arrangement then we will help the Islanders to achieve that. But through their referendum they have made clear their wish to remain an Overseas Territory of the United Kingdom. This permits them to have their own government, make their own laws, run their own economy and control their own resources, whilst the UK retains responsibility for their defence and foreign relations.

Uncomfortable as it is for Argentina, the Falkland Islanders have every right to decide how they want to be governed, this right of self-determination is a right accepted as so fundamental that it is enshrined in Article 1 of the Charter of the United Nations. It is a right that all peoples enjoy and that is why the Falkland Islanders held the referendum in 2013, to tell the world what they think. (See note below). They said then that they wish to remain British and there is no question of the British Government forcing them to be anything else.

This also explains why the British government will only talk to Argentina about the future of the Islands if the people of the Falklands wish this to happen. We won't pretend they don't exist or ignore their views. We won't negotiate away the rights of the Falkland Islands' people against their will or behind their backs. We, and the rest of the world, know what they want and that must be respected.
Tim Cole - HMG Ambassador Cuba

David Cameron: we will defend the Falklands properly

Argentina should be in no doubt that Britain will ''defend the Falkland Islands properly'' against any threat to its inhabitants' right to self-determination, Prime Minister David Cameron said.

Mr Cameron was speaking after Argentine president Cristina Fernandez de Kirchner said she would make a formal complaint to the United Nations over the disputed archipelago.

Buenos Aires has revived its long-standing claim to sovereignty over the islands, which Argentina knows as Las Malvinas, as the 30th anniversary of the 1982 war between the countries approaches.

Speaking during a visit to Sweden, Mr Cameron said he had no doubt that the UN would back the islands' status as a self-governing British overseas territory.
09 Feb 2012

The Prime Minister was interviewed about the result of the Falklands referendum.

I'm delighted with this result. It is the clearest possible result there could be. And the fact is that the Falkland Islands may be thousands of miles away, but they are British through and through and that is how they want to stay, and people should know we will always be there to defend them. I think the most important thing about this result is that we believe in self-determination, and the Falkland Islanders have spoken so clearly about their future. And now other countries right across the world, I hope, will respect and revere this very, very clear result.

Argentina, "should take a careful note of this result. This is everyone having the chance to express their views about the status of the Falkland Islands, and the Falkland Islanders couldn't have spoken more clearly. They want to remain British, and that view should be respected by everybody, including by Argentina."

Well, we've always said to Argentina that we're open to having a proper relationship with Argentina. Britain and Argentina have relations going back decades, but it must be a relationship where they respect the views of the Falkland Islanders, who've spoken today in the clearest possible way.
12 March 2013

A referendum on political status was held in the Falkland Islands on 10 to 11 March 2013. The Falkland Islanders were asked whether or not they supported the continuation of their status as an Overseas Territory of the United Kingdom in view of Argentina's call for negotiations on the islands' sovereignty.

On a turnout of 92%, an overwhelming 99.8% voted to remain a British territory, with only three votes against. Had the islanders rejected the continuation of their current status, a second referendum on possible alternatives would have been held. Brad Smith, the leader of the international observer group, announced that the referendum was free and fair and executed in accordance with international standards and international laws.

There are currently 1,060 military personnel stationed in the Falkland Islands, confirmed the Minister of State for the Ministry of Defence Mark Francois on Wednesday, according to a report from the latest edition of the Falklands' Penguin News.
March 2014 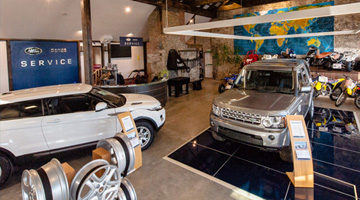 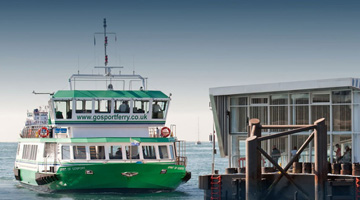 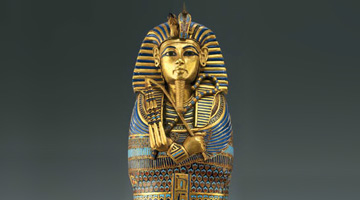